It was not something special, but finally, smartwatches have caught on with the general public. Today, the offer available on the market is quite broad and can even be daunting in some cases. Brands like Amazfit, for example, have more than 10 models in their catalogs. Not only Amazfit, Samsung, Huawei, Apple, and Xiaomi also have several models on the market. This time we have made a compilation with several of the most attractive and powerful smartwatches of this 2020.

Words are superfluous when it comes to the Amazfit GTS. Although the company has recently presented the Amazfit Bip U, the truth is that it has not yet officially arrived on the continent.

If one focuses on the first model, the device uses a 1.65-inch AMOLED panel with a resolution of 348 x 442 pixels. Besides being protected by the Corning Gorilla 3 certification, it has the 5 ATM label, so it is resistant to water immersion up to 50 meters.

Otherwise, the watch is made entirely of metal and has 14 days of autonomy (25 hours if the GPS). Of course, it has a heart rate and sleep sensor with recognition of up to 14 sports activities. Its price is $129.99 in stores like Amazon.

Although not as well known as the GTS version, the Amazfit Stratos enters directly into the podium of the most powerful watches on the market. It is a somewhat vitaminized version of the popular Stratos 3. Specifically, the smartwatch is accompanied by a sensor capable of capturing certain physiological frequencies of the body, such as maximum oxygen consumption level (VO2max), training load (TD), Training Effect (TE), and recovery time.

What makes this version different from other watches is that all session data is displayed in real-time. After the end of the training session, the clock will create a table with the averages of the above-mentioned data as well as the average over the rest of the training sessions. Specifically, the Amazfit Stratos is capable of identifying up to 16 types of sports and exercises, with an average autonomy of up to 35 hours if constant monitoring is activated. Its price is around $200.

Apple has positioned itself as the first manufacturer of smartwatches today. And it’s not surprising that the Apple Watch Series 6 is the most advanced model on the market. The clock has an OLED display of no less than 1,000 nits brightness, with a resolution of 324 x 394 pixels and a diagonal of 1.5 and 1.7 inches depending on the version chosen.

In addition to having 32 GB of internal storage, the Apple Watch Series 6 integrates Sp02 and ECG sensors to obtain a view of the heart’s rhythm, the level of oxygen in the blood, and a detailed electrocardiogram of the heart. The watch also features warnings of abnormal heart rates and an automatic call to emergency services in the event of a heart attack or sudden fall.

It’s no secret that the Apple Watch Series 6 is expensive. If you are looking for a somewhat cheaper option, the Apple Watch SE is already on sale on Amazon for $269 in its simplest version. The watch inherits both the design of its big brother and some of the most important sensors, such as GPS, fall detection, heart rate, and sleep sensors.

Unfortunately, the economic model lacks blood oxygen monitoring and electrocardiogram measurement. The good news is that there is a version with 4G eSIM through, although it is somewhat more expensive than the version with Bluetooth.

The second edition of Huawei’s watch comes with an autonomy of no less than 14 days of continuous use. Made of titanium, sapphire, and ceramic, the watch has a 1.39-inch screen with a 454 x 454-pixel resolution with AMOLED technology.

In addition to having GPS and Bluetooth calling features, it is waterproof thanks to 5 ATM certification. Of course, it has sensors to calculate sleep, pulse, and even blood oxygen levels. It also has a speaker and microphone, Bluetooth 5.1, and 4 GB of internal storage. Its price on the Amazon store is $283.

Huawei Watch GT 2, An Affordable Version with so many Features

If you are looking for a cheaper option, the Huawei Watch GT 2 is available at the same Huawei store for a base price of $152.99. The watch inherits most of the functions of the Pro version: 14 days of autonomy (7 in the 42-millimeter version), 1.39-inch AMOLED screen, 5 ATM certification, heart rate, sleep, and oxygen sensors, speaker, and microphone. The most important difference is found precisely at the finish of the strap and dial, as they are made of aluminum, plastic, and stainless steel. Despite these differences, the design is very similar to that of its big brother.

Huawei’s sister brand also has a watch of its design. We are talking about the Honor Watch GS Pro, a sport-oriented model that reaches the market for only $319.99. The device has a battery of no less than 25 days and up to 48 hours if the GPS is used. As far as its possibilities are concerned, Honor’s model inherits a large part of the specifications sheet from its big brothers: 1.39-inch screen, Bluetooth 5.1, 5 ATM certification, blood oxygen monitor, heart rate meter, more than 100 training modes… In short, the perfect watch for the most sporty people.

Honor Watch ES, with an Unusual Format in Watches

Within the same brand, there is another quite interesting model, the Watch ES. This model is characterized by a slightly more elongated format than other watches, with a screen of 1.64 inches in rectangular format. Unlike the Watch GS Pro, the watch has a 10-day battery life, plus a heart rate and stress monitor. Despite being more economical than its counterpart, the watch integrates a complete blood oxygen meter. It is on sale for only $119.99 at the time of writing.

We are leaving China for South Korea with Samsung’s Galaxy Watch 3. The device features a 1.4-inch screen with Super AMOLED technology, 5 ATM water resistance, and IP68 and military-grade durability. Besides having GPS connectivity, it has NFC for making mobile payments without depending on the phone, although what characterizes this watch is precisely its design, based on a rotating bezel that serves to interact with the various applications of the system.

Like the Apple model, it has an ECG sensor for performing electrocardiograms, as well as a blood oxygen meter, a heart rate sensor, a fall detector, and a sleep meter. In other words, it is the best rival of the Apple Watch Series 6. And its price starts from $399 in the version without 4G.

Samsung’s Active series is aimed at the most sporty users. Although version 2 has not yet been renewed by the company, the watch is still one of the most interesting and economical options on the market. First, because it inherits all the sensors of the previous model (ECG sensor, heart rate monitor, accelerometer, automatic fall detection). And second, because of the price, which is currently offered in the Amazon store from $249.

For the rest, the watch has a rotating touch bezel to interact with when controlling certain applications. It also has a military resistance rating and 5 ATM certification to withstand any type of harshness. Its autonomy, by the way, allows us to stretch the device’s battery up to 48 hours. It also has an internal memory of 4 GB and Corning Gorilla Glass DX+ protection against falls, scratches, and falls. You could say it’s a somewhat decaffeinated version of the Galaxy Watch 3. 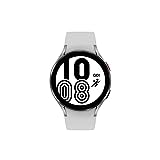 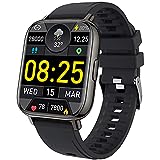