The Nintendo Switch has been on the market for more than two years, it’s more than enough for thousands of very good quality games to appear. We know that not everyone can afford the purchase of new games, so in this post, we talk about the 10 most exciting free games on the Nintendo Switch.

Fortnite is the free game of the moment, and of course, it is available on the Nintendo Switch. This is a shooting and construction game in which you will face another 99 players, and the winner will be the last one standing.

You can play individually, in pairs, or with a team of four players. Best of all, you can play without having an active subscription on Nintendo Switch Online, so you have no excuse not to try it.

Fortnite is compatible with cross-play, which means that you can share the game with your friends, even if they play with another console or with a computer.

Pokémon Quest is a game that reminds Minecraft of its cube-based static, although the similarities end there. This game developed by Game Freak takes place on Rodacubo Island, where you will have to explore the territory in an exciting RPG adventure. Along the way, you will find all 151 Pokémon of the first generation.

You will have to form teams of three Pokémon to explore the island, and you can also cook delicious recipes to attract the strongest wild Pokémon.

We continue with Arena of Valor, an excellent MOBA created by Tencent Games that have ended up reaching the Japanese console after having swept mobile devices. In this game, you will find an immense world with more than 35 heroes with unique abilities among which are Tanks, Support, Assassins, Wizards, Warriors, and Shooters. As in all games of its kind, you will find hundreds of players with whom you can form an unstoppable team.

We continue with another shooting video game that is set in a world full of fantasy. Paladins: Dragon’s Call combines the presence of humans, mechs, mystical elves and dragons in an adventure of the most exciting. This game is considered as the main alternative to Overwatch on the Nintendo console, which is a sample of its great quality.

You will have to learn to master the skills of each character if you want to succeed on the battlefield since they will not make it easy for you. A game with a large community behind, which receives a lot of free content in each of the seasons.

If fighting games are your thing, we also have a free option so you can spend hundreds of hours with your Nintendo Switch. Brawlhalla is a 2D fighting game with a touch of silver that reminds a lot of Super Smash Bros. You can choose from a total of 40 characters, each with a very nice design and a style so you can not get bored.

It has game modes one against one, two against two, and all against all, with the possibility of playing up to eight players in the same game. A game as fun as addictive, which can give you a lot of hours of fun if you pay only one euro.

Fallout Shelter is set in a post-apocalyptic world where humanity has to survive in underground shelters. This is a simulation game in which you will have to build the perfect shelter so that everyone is safe from the lethal nuclear radiation from outside.

You cannot survive indefinitely underground, so you must organize expeditions abroad to get new resources to expand and keep the shelter running. Of course, you will find an enemy who will try to kill your team and steal all your resources.

Warframe is a video game set in a world that perfectly combines ninjas and space. The solar system has been dominated by capitalist machines and incredibly advanced technology. You will have to embark on a dangerous adventure to save civilization from corruption and greed.

The game offers you 18 worlds that you will have to explore with 30 types of warframes that have unique abilities, which you will need to master if you want to have a chance in the middle of the battlefield. A great opportunity to travel the most exciting worlds.

Dawn of the Breakers

Dawn of the Breakers is an adventure set in modern Japan, where you will have to face dangerous enemies known as Ghouls. The game puts you in the shoes of a young high school student with amnesia who joins a team of superheroes to deal with dangerous enemies. You can play alone or on a cooperative adventure with your friends.

GALAK-Z: Variant S is a free game ideal for space fans. You will find yourself in many fights in which your best weapon will be the spacecraft or a giant robot with a powerful laser sword. The gameplay is very simple since it is practically limited to killing all enemies.

You will find daily challenges and you will be able to face other players to continue improving your skills beyond what the enemies allow you to develop.

We end the list with a very classic game for those who are looking for something very simple to spend the dead time in the holidays. A pinball game that you can always take with you along with your brand new Nintendo Switch. It includes many boards set in series as well known as’ The Ghostbusters’, ‘Star Trek’, and Starship Troopers’.

These are the 10 most entertaining free games for the Nintendo Switch, with them you can spend many hours having fun without spending a single penny. 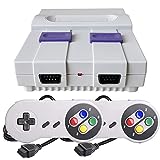 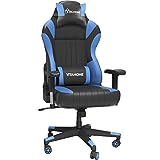