Wikipedia celebrated its 20th anniversary at the beginning of 2021. This online encyclopedia allows any user to share his or her knowledge with readers. It currently contains information in 321 languages and is ranked number 13 in the Alexa rankings.

Although you probably access it regularly, there are many things you don’t know about Wikipedia. In this article, we take a look at the most interesting facts about this well-known Internet site.

It has Spectacular Statistics

Although we have already noted something at the beginning of this article, Wikipedia is one of the most visited pages in the world. In fact, according to one of the rankings par excellence when it comes to measuring Internet traffic, the Alexa ranking, at the time of writing there are only twelve sites more visited than the free encyclopedia worldwide.

In addition to all this, it has more than 280,000 editors who invest time and effort in nourishing each of the pages of Wikipedia with knowledge. Every month 1.5 billion unique devices enter this website. There is no argument: the figures of this portal are spectacular.

No Ads on Wikipedia

We are so used to seeing ads on the Internet that you may not have noticed that Wikipedia has none. From time to time, those responsible launch notice for users who access the site to donate a voluntary amount. This is Wikipedia’s way of supporting itself, which is the main objective as it is a non-profit foundation. But, undoubtedly, taking into account the statistics we have mentioned before, including advertising within this encyclopedia would be one of the most lucrative businesses on the Internet. For the time being, however, Wikipedia has resisted the temptation. And, in case you were wondering, in 2019 almost 7 million people supported Wikipedia with their donations.

READ:  Photoshop comes in the form of a web page

There’s A Monument Dedicated to Wikipedia

There is a Wikipedia Monument (or “Pomnik Wikipedii” if we use the local language) located in Słubice, Poland. The statue was designed by Armenian sculptor Mihran Akobyan and pays tribute to Wikipedia contributors. It was unveiled on the square in Frankfurt in October 2014. It exemplifies the extent to which this Internet site has permeated contemporary popular culture.

The First Person to have a Wikipedia Page

It was neither Bill Gates, Steve Jobs nor anyone else who resembles them. The first personality to have a dedicated page on Wikipedia was the 18th-century Scottish philosopher Thomas Reid. He is a bit far away from us, even at the time when the encyclopedia was founded back in 2001.

The Encyclopedia That Connects Us To Outer Space

In 2017, astronaut Paolo Nespoli recorded his voice during a space mission. Specifically, he was aboard the International Space Station. The recording was created specifically for use in his Wikipedia article. While it may seem like a trifle, this was a big move for Wikimedia, the foundation’s multimedia resource portal. Why? Because it was the first time content was created in the space specifically for Wikipedia.

If your concept of an encyclopedia corresponds to a collection of tomes stored on a bookshelf, you’re not alone. Print Wikipedia was an art project by Michael Mandiberg who printed 106 of the 7,473 English Wikipedia volumes. He did so using the version corresponding to April 7, 2015. The project shows the spines of the first 1,980 volumes in the set, supplemented by 106 actual physical volumes, each of which is 700 pages long. The index occupies 91 volumes of 700 pages. The project was shown at the Denny Gallery in New York City in the summer of 2015.

READ:  Wikimedia Enterprise: All You Need To Know About The Premium Wikipedia

Buying the different versions of an article in a paper encyclopedia is complicated. This action is even complicated if we try to do it with an Internet page. But Wikipedia is different. Each entry has its history that allows you to review the changes that have been made over the years. So you can find out what discoveries have been made in a particular field or what the point of view was on a certain subject years ago.

From Internet to Space

Wikipedia is in space. Wikipedia 274301 is a Vestian asteroid orbiting in the inner region of the asteroid belt. It measures approximately 1 kilometer in diameter. It is perhaps the farthest this encyclopedia has gone since it was born at the turn of the century.

The Standard Poodle, one of the first to reach Wikipedia

What were the first articles included in Wikipedia? One of them was dedicated to the standard poodle. The only content it included was the text: “A dog by which all others are measured”. Currently, the English article for this breed of dog has more than 6000 words. Among them are a wide variety of funny nicknames that people use to refer to this type of dog.

Dedicated Editors At The Top Of Their Game

Some Wikipedia editors give their heart and soul to the project, even though many of them are volunteers. One such editor corrected the English expression “composed of” and changed it to “comprised of”. The reason is that the former is considered a less correct expression than the latter. In total, he made more than 47,000 edits to Wikipedia to correct this problem.

READ:  How to Increase Instagram Reach? 9 Tips to Improve

Wikipedia also has Its Workers

Although many of the edits are made by volunteers, Wikipedia also has its staff, called Wikipedians. Their main job is to write rules, guidelines, and essays to help others understand what a Wikipedian is like.

Lenovo Gaming 3i vs Lenovo IdeaPad L340: Which Should You Buy? 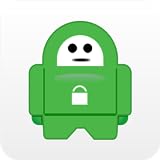