Pixel Buds is Google’s new utterly wireless headset. The device comes to the market to compete with Apple’s AirPods by offering splash water resistance and technology that adjusts volume automatically. Also, the two headphones offer user autonomy for up to 24 hours of playback and guarantee to bring the experience of immersive sound.

While the AirPods are available worldwide, the Pixel buds still have no date set to be available in most countries. However, the device arrives in the United States in 2020, with a suggested price of US$179. Below, learn about the main differences between the devices and see which one is best for you.

Different from most of the available headphones for sale, the Pixel Buds has as a differential the presence of several colors as a purchase option. If you want to buy the product, the user can choose between the colors white, black, mint green, and orange. In contrast, the Apple model is sold only in white.

In general, the AirPods are the lightest headphones on the market, weighing about four grams. Also, Apple’s design is famous around the world for containing appendages that aid in fixing and firming the device into the user’s ear. Because of this, no extra tips are needed. The Google model, on the other hand, is a more discreet headset and does not have the white straps, which cause the headset to be partially out of the user’s ear.

There are similarities between the two models in the design of the carrying case. Both brands feature a device with a vertical design that fits in the palm of your hand. However, unlike headphones, the Pixel bud’s case is sold only in white.

Like Apple, Google didn’t reveal many details about the sound technology used in their new headphones, either. What’s known is that AirPods work with the AAC audio codec, which allows high-fidelity sound samples in smaller file sizes, which is essential for wireless data transmission.

With the new Pixel Buds, Google has announced that its device has dynamic 12mm drivers that promise high sound quality. By comparison, JBL Free X features “only” 5.6 mm drivers. The device stands out for offering the adaptive sound feature, which promises to adjust the volume automatically. The accessory tracks the surrounding sound to identify the changing environment and thus adjusts the volume automatically.

Apple’s model features greater integration with other Apple products. The in-ear headphone comes out ahead of its rivals by allowing users to activate Siri’s services via voice commands, without using hands. Now, with the arrival of Pixel Buds, this feature has also been added to the Google phone.

Apple headset is equipped with an H1 chip – this assures more convenience when it comes to pairing with the smartphone. The potential is that this connection, which can be made with more than one device, is twice as fast compared to the previous generation phone.

The new Google headset has a system similar to that introduced by Amazon’s Echo Buds. With two microphones on each side and an accelerometer calibrated to perceive vibrations from the face, as said earlier, the headset understands when the user says, “Hey, Google” (or “Ok, Google) and activates the assistant without using the hands. With Echo Buds, the feature works with Alexa.

Also, with the device, it is possible to control the music and request information using the feature. Another great thing about the in-ear device is its water resistance, but Google hasn’t disclosed what certification the device has.

At this point, the two headphones guarantee 24 hours of operation.

An interesting point for AirPods is the Qi standard for wireless charging. This way, the accessory does not need to be plugged into the socket to charge, which can be interesting for more demanding users. It is worth remembering that it is necessary to have a battery source with the same technology.

In price, Google’s launch stands out like other headphones competing with AirPods. The device is available for purchase in the official Google store for $159. AirPods 2, on the other hand, is currently on sale on Amazon for $119.98. 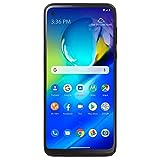 73 CMD Commands to Use on Windows Operating System

ROBOpilot: The first robot to take off, fly and land an airplane autonomously without...