We had already known the new Republic of Games (ROG) from ASUS for this year with the ASUS ROG Phone 5, but it remained to know what they had in store for those looking for something more conventional in terms of design, but without giving up the most modern features. And finally today the Taiwanese brand has unveiled its flagship phones for 2021, with the new ASUS ZenFone 8 being a phone that seeks to stand out for its dimensions.

Currently, it is difficult to see a rather small or compact mobile in the most ambitious high-end, partly because good cameras and batteries usually involve more volume. ASUS wanted to go for a formula more in the style of the Samsung Galaxy S21 so that it aspires to the maximum in specifications without neglecting the integration of the latest Qualcomm processor or a good dose of RAM.

A return to the world below 6 inches

Talking about the design in this new mobile is more important for the dimensions than for aesthetics. It is a fairly discreet mobile, very much in the style of the Pixel 4a, without falling into flashy gradients and exaggerated modules. This is a mobile with only two rear cameras, something that per se does not have to be little, but that certainly draws attention to a new mobile.

It has a discreet rear, with the brand screen-printed centrally, the module in a corner, and a matte finish. The screen is flat and integrates the fingerprint reader, arranging the front camera in a hole in the left corner.

The diagonal is just under 6 inches. It is a 5.9-inch panel with FullHD+ resolution, 2,400 x 1,080 pixels, and up to 120-hertz refresh rate. It has a mini audio jack on the top edge and is the first ZenFone with IP68 resistance certification.

Small in size, big in RAM

As we said, ASUS is looking for a top-of-the-range phone suitable for those who do not want big phones in Android, and for this, the ASUS integrates the Qualcomm Snapdragon 888, accompanied by up to 16 GB of LPDDR5 RAM. There are two storage options of 128 and 256 GB UFS 3.1.

Of course, the difficulty comes when it comes to integrating components such as the battery or heat dissipation systems. In this regard, ASUS has explained that they have developed a new motherboard technology with an interposer, so they have been able to split it without the components being separated and fitting it into a smaller space.

For its part, the battery remains at 4,000 mAh, a figure that on paper is by far no longer among the largest, but which is more than what we saw in the Pixel 4a (also weighing more) and the same as in the Samsung Galaxy S21 (the latter being somewhat larger). Fast charging is 30 watts and Android 11 is dressed in ZenUI 8, which incorporates a new one-handed mode for adjusting the height of the window top (much like iOS’s Reachability, but with a bit more configurability).

As for the dual rear camera, in this mobile, we see a new feature on the main camera with a high-resolution sensor and a wide-angle. According to ASUS, opting for a telephoto lens meant dedicating a space that they have used for other aspects, according to them, priority (such as battery or connectivity) and have preferred not to add other cameras of dubious utility.

The front camera debuts a Sony sensor that we have not yet seen in another mobile and records up to 4K, at the wide-angle. The main camera goes up to 8K and some changes have been applied to the camera app, such as the document scanner, the level, or the saving of Pro mode settings.

The ASUS ZenFone 8 also supports WiFi 6 and has Bluetooth 5.2. In addition, they keep the Dirac setting for audio, talking about stereo sound.

Pricing and Availability of the ASUS ZenFone 8

The ASUS ZenFone 8 will be available starting at €599 with the following configurations:

READ:  iPhone 11 vs iPhone 12: What Changes Between the Apple Phones

We will add more information as soon as the brand provides it. The ASUS ZenFone 8 will be available in white or black color. 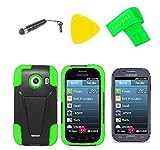 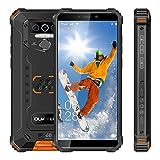 ROBOpilot: The first robot to take off, fly and land an airplane autonomously without...