Techidence
Home Smartphones Battery recalibration in iOS 14.5: what it is, which phones it affects,... If you’ve updated your iPhone to iOS 14.5, chances are that if you’ve gone into your battery settings, you may have seen an important message telling you that it’s going to be recalibrated. To understand it properly, we’re going to explain what this battery recalibration is and how it works, as you’ll know what to expect from it.

We are also going to tell you which devices it affects because there are very few iPhone models that are going to receive this message. In addition, the message arrives without any pop-up or notification, and the recalibration is done by default, so it may be happening on your phone without you realizing it.

What is iOS 14.5 battery recalibration?

For quite a few versions, iOS has had in the battery settings a maximum battery capacity indicator, which tells you a percentage. This capacity comes to be something like a meter of battery health, as it tells you its current capacity in relation to what it had when it was new, so you can know how much it has been used up over time.

Over time and with successive daily charges of the battery, after certain cycles, the maximum capacity of the battery will decrease, although the rate at which it does so may depend on other things such as your charging habits. Between this and the sheer aging of the battery and its internal chemical components, the amount of charge it can hold decreases.

But the measurement shown is not always the most reliable, sometimes the algorithms are failing and there may be differences, so Apple recommends you recalibrate the battery of your iPhone every so often, and thus ensure the reliability of this percentage.

READ:  iOS 14.5: New Features and Tricks for the New Version of iPhone and iPad

The one that appears on some phones after updating to iOS 14.5, is a forced and automatic recalibration for certain models so that in a few weeks the indication of the percentage of battery capacity is updated and is reliable.

Which cell phones are affected

This forced recalibration of the battery of cell phones only affects the iPhone 11 family of devices. This means that it will only appear if you have an iPhone 11, iPhone 11 Pro, or iPhone 11 Pro Max. It occurs on all versions with different storage of these particular models.

So, if you have a different iPhone than these, then your battery is not going to be automatically recalibrated. However, it is always advisable to do it manually from time to time to have this indicator as up-to-date and reliable as possible.

How it works and what are the consequences

When you install iOS 14.5 if you have a mobile of the iPhone 11 range go into the device settings, and click on the battery section. In it, you will see that in the Battery Health option you are going to see an Important Message about the battery. This message tells you that the battery health status information system is recalibrating, and is resetting the maximum capacity and peak performance capacity of the battery.

This is a process that can take a few weeks, where the device’s internal algorithms calculate parameters that Apple has not disclosed, but that makes the operating system can know the difference between the current maximum capacity of your battery and the maximum that it had from the factory when you bought the phone, and thus show you an updated percentage.

What will happen when the recalibration is finished, is that the percentage of the maximum capacity of your battery may change, it may even decrease by several figures. But what you should know is that this new value will be fully updated, and will reflect the real and current health status of your device’s battery.

Normally, after finishing, the recalibration message will simply disappear. However, in some cases, it may tell you that you need to replace the battery because of some error it encountered during the process.

If this is the case, the battery replacement will be free of charge, and you will get a message stating that an authorized Apple dealer can replace the battery free of charge to restore its original capacity and performance.

If this happens, it is best to contact Apple directly to request an appointment and take the phone on the agreed day to have the battery replaced, although you can also make an appointment with an Apple-authorized provider. This change will be free of charge if this message appears, even if the mobile is out of warranty. 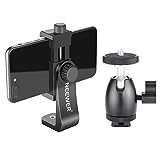