Deepfake technology uses machine learning and artificial intelligence (AI) to create a fake video, which is one of the biggest threats to digital security in 2020. This is McAfee’s conclusion in a report published. According to the company, recent advances in AI have given less qualified criminals the ability to produce compelling clips in which they do something they’ve never done in real life. The technology is also often used in the production of pornographic videos and has made famous victims such as Gal Gadot, Emma Watson, and Barack Obama.

In the report, the company points out that the ability to create fake content is not new. What has changed now is that you can produce very convincing fake videos without being a technology expert. In addition to free audiovisual tools that provide anyone with the resources to manipulate images realistically, some companies sell the service online.

“Deepfakes can turn into weapons to intensify the information war,” says Steve Grobman, the company’s director of technology. The increased scope of the image manipulation technique worries governments and international authorities. Thinking of reducing the impact of deepfakes in the 2020 presidential elections, the U.S. Congress has taken action against fake videos.

“Opponents tend to use the best technology to achieve their goals. So if you think of state actors trying to manipulate an election, using deepfake videos to influence the audience makes a lot of sense. They will try to create divisions in society,” Grobman adds. McAfee also warns that facial recognition, a technology that is increasingly present in everyday life, maybe compromised by the advancement of deepfakes.

“Enhanced computers can quickly process numerous one-sided biometrics and create or mathematically classify human characteristics,” explains Steve Povolny, head of advanced threat research at McAfee. According to him, companies and government entities should be aware of these risks and invest in strengthening security systems.

Deepfakes are not the only threat to digital security in 2020. McAfee warns that ransomware attacks will continue to grow and will give way to two-stage sextortion attacks. Application Programming Interface (APIs) are also threatened and can be exposed to native vulnerabilities in cloud services. Finally, the company highlighted the importance of the DevSecOps approach (Development + Security + Operation, in Portuguese) to reinforce the security of software developed from the so-called container technology. 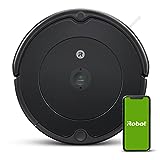 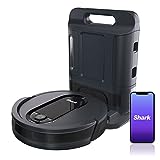