Dell’s acclaimed ultraportable grows in power and looks better than ever. Let’s meet the new Dell XPS 13 Plus, a redesign from scratch in which it opts for an aluminum body and ultra-thin glass, more space to locate more powerful fans, and for the first time created with a TDP of 28W. A plus of power that gives rise to the new name but has no impact on the size, as we still have a 13.4-inch laptop and minimalist frames.

These are all the features of the new Dell XPS 13 Plus, the renewal of one of the best ultraportables on the market, and one of the first to incorporate the new 12th generation Intel Core processors ‘Alder Lake’.

The Dell XPS 13 Plus comes with a minimalist and modern design, where the keyboard and touchpad have been redesigned for a more seamless effect. The laptop will be available in platinum and dark graphite finishes. The keys are now wider and the traditional trackpad has been replaced by a glass touchpad with haptic feedback. Pending testing, the look it brings to the laptop is very clean.

READ:  8 Windows Settings You Should Change on Your Laptop

As in previous years, Dell offers several combinations of its most popular laptop. On the one hand, we have a version with a 4K touch screen and on the other hand, a panel with 3.5K resolution and OLED technology is offered, both touchscreen. The simpler versions have a FullHD panel, both touch and non-touch.

The design of the Dell XPS 13 Plus is highly optimized and weighs 1.24 kilograms. Nevertheless, this laptop is a step up from the Dell XPS 13 and we have a more powerful processor inside. At the same time, the cooling system has been improved to provide 55% more air through the dual fans.

This year, the Dell XPS 13 Plus incorporates up to four stereo speakers, leaping in a sound section that comes signed with Waves MaxxAudio certification.

Recently presented by Intel at this CES 2022, the Dell XPS 13 Plus incorporates the latest 12th generation Intel Core processors ‘Alder Lake’, in its i7 and i7 versions. For the GPU there are Intel Iris X graphics and for RAM, it starts from 8 GB LPDDR5 at 5,200 MHz and versions of up to 32 GB of RAM will be offered.

The TDP of this Dell is 28W, going up from the 15W of the previous generation. A 55 Whr battery is added and Dell explains that its Express Charge 2.0 technology allows recharging 80% of the battery in less than an hour.

Pricing and Availability of the Dell XPS 13 Plus

The new Dell XPS 13 Plus will be available in two finishes: platinum and dark graphite. Up to four different models will be offered and with different combinations of processor, RAM, and storage. Dell explains that it will be available for purchase starting in spring 2022 at a base price of $1,199 for the non-touchscreen model.

As it did with previous models, the Dell XPS 13 Plus will be available in both Windows 11 and Developer Edition versions alongside Ubuntu 20.04. 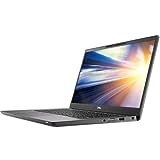