Nvidia announced DLSS 2.0 on Monday 23, 2020, a new imaging technology that will arrive on RTX 20 video cards. The feature works together with Ray Tracing in game graphics processing, increasing GPU performance and improving image sharpness. The manufacturer’s release is coming with the DirectX 12 Ultimate API, which allows the development of games with better lighting rates, shadows and textures and it will be on the new Xbox Series X.

According to Nvidia’s announcement, the technology update will be present on GeForce RTX video cards, such as RTX 2060, RTX 2080 and Super options, for example. Games like Resident Evil 3 Remake and Wolfenstein: Young Blood, in addition to Fortnite and Playerunknown’s Battleground (PUBG), through Unreal Engine 4, will also support the feature. Tom Clancy’s Ghost Recon Breakpoint also arrives with the new technology in March 2020.

DLSS stands for Deep Learning Super Sampling, an artificial intelligence that works in conjunction with the Ray Tracing system, which is responsible for reproducing lights and shades more realistic in games. The feature seeks balance, increasing graphic performance and FPS during gameplay, also improving the image sharpness.

Also, with DLSS in operation, you can run your games at high resolutions without loss of performance. In the Artificial Intelligence version 2.0 announcement, Nvidia guarantees twice the processing speed, in addition to over 60 FPS performance in games in 4K resolution. Another point cited by the manufacturer is the possibility to choose between three priority modes: balanced, performance or image quality.

The new feature will allow the user to notice small details in the scene, such as things written on the walls, or even display increasingly realistic strands of hair. This kind of change can be interesting in suspense or terror games, increasing the character’s interplay with the environment. 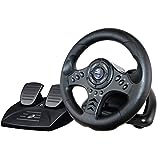 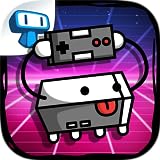