The new soccer season has already started, like every year, this is also the starting signal for the two main soccer video games. Today, we are going to tell you everything about these two games, both FIFA 22 and eFootball, which is the successor of the defunct PES after Konami decided to reinvent its franchise.

We are going to tell you in a summarized way what are the main novelties of each of the titles, and also what is known about their possible demos. In addition, we will also tell you the different editions that each of them will have, as well as the available platforms. And watch out, because especially in eFootball there is a lot of news.

Like every edition, FIFA 22 will bring under its arm a small repertoire of new features that will improve the game. You know that FIFA does not usually change drastically from one edition to another, but it does introduce small improvements and new features in continuous evolution. This year, it has made the definitive leap to the next-gen, leaving behind important platforms along the way.

The main novelty of FIFA 22 is the HyperMotion technology, a tool of the Frostbite engine that will be present in the PS5, Xbox Series, and Stadia versions to improve the matches. Its secret lies in capturing the movements of 22 professional soccer players, and with a machine-learning algorithm, they obtained more than 8.7 million frames and other records.

With this algorithm, what they achieve is that new animations can be generated in real-time so that on-field interactions are more organic. In other words, players will react better to the contexts of the events and movements that occur in the matches. By the way, as a curiosity, the two teams that were recorded with the movements are Andalusian, Atletico Sanluqueno, and Gerena of Seville.

In short, this technology has brought more than 4000 new animations in real-time, more organic and realistic interactions on the pitch thanks to its dedicated algorithm, and an improvement in the response and physical presence of all players. The controversy is that only the Xbox Series, PS5, and Stadia versions will have this technology, leaving PC players out.

In addition to this, there are also other new features, such as new mechanics like a new explosive sprint, as well as new offensive tactics and optimized ball physics. These new features will be available for all previous-generation versions. The intelligence of the goalkeepers is also improved so that they react better to opponents.

READ:  The end of PES: see what changes with eFootball, which replaces PES 2022

The next-gen console versions also get improved tactical AI, with players making 6 times more decisions per second, reacting faster, and with defensive AI reprogrammed to keep teams in formation behaving as a unit.

FIFA 22 will feature several game modes, which are Career mode, FIFA 22 Ultimate Team, and Pro Clubs, as well as VOLTA Football. In terms of licenses, there will be more than 17,000 players, more than 700 teams, and more than 30 leagues, including the UEFA Champions League, the CONMEBOL Libertadores, and the new UEFA Europa Conference League as exclusives.

The PES franchise is dead, and its successor is a game Konami has simply called eFootball, which is a name it had been using as a surname for some time. With this change, the whole concept of the game changes completely, going from being an alternative to FIFA to a quite different game.

eFootball will be a free-to-play game, which means that it will be free to play, although there will be content that you can only access by paying for them. In any case, there will no longer be a new version every year, but you will have a base as a game as a service, which will be expanded with patches and annual updates. In addition, the game will be exclusively digital, which means that there will be no physical versions to buy.

About its new features, little do we know, although we should expect that practically everything will be new. This is because the game will use the Unreal Engine graphics engine, different from the one used by PES, which will offer the overall look and feel of everything. In addition, there is also a new technology called Motion Matching, which will significantly improve the animations of the players on the field.

In terms of licenses, PES will continue to rely on exclusive team licenses: FC Barcelona, FC Bayern Munich, Juventus, Manchester United, Arsenal, Corinthians, Flamengo, Sao Paulo, and River Plate. The rest will be made up of teams, players, and leagues.

And speaking of content, the most remarkable thing is that the game will be released with virtually no content, it will be like the release of a demo, the graphics engine, and the ability to play some local matches with their exclusive teams and crossplay between consoles of the same family.

Then, in autumn they will start adding their online leagues, a team-building mode, and crossplay between consoles of different brands and PC, as well as a season pass. And then in winter will come the esports tournaments, crossplay with the mobile versions, or support for mobile controls.

One more year, the games come without demos. FIFA 22 has already made a temporary beta to test its technologies, and the next thing to come will be the official launch of the game. However, it is expected that EA Play subscribers will have the corresponding 10 hours of early access at no additional cost beyond what the service already costs.

As for eFootball, it can be considered that its initial launch is little more than a demo, something that Konami has acknowledged, stating that what they urgently need is for people to be able to start playing it as soon as possible. As we have told you in the previous point, the game will arrive with the only possibility of making friendlies between a handful of teams, and the rest of the modes will be added gradually.

Versions of the games that will be available

FIFA 22 comes with controversy this year due to its versions. On the one hand, there are versions that come with everything for the Xbox Series, PS5, and Stadia, and then the ones for Xbox One, PS4, and PC without HyperMotion technology. It doesn’t matter if you have a $5000 PC more powerful than a next-gen console, you still won’t be able to enjoy HyperMotion technology on it.

To top it off, there will be no free upgrade between the Xbox One and PS4 versions and the Xbox Series and PS5 versions. This is something that practically all games released in the previous generation and also in the new one allow, but Electronic Arts have decided to be one of the few that plays against users.

And then there’s the much-maligned Nintendo Switch, which for another year will have the Legacy Edition. This means that it will be the same game as in the previous three years, with no new features, functions, or game modes, and simply updated templates.

On the other hand, eFootball will only have digital versions, which will be available for download on PC, PS5, PS4, Xbox Series, and Xbox One. Konami has not yet specified what differences between them may be. There will also be versions for Android and iOS mobiles, which hopefully will not be as powerful as for consoles. At the moment, there is no word on Nintendo Switch.

Next, we are going to specify the different editions and release dates of FIFA 22. This year it seems that there will not be as many editions as in previous seasons, and there will be two different ones, in addition to the Switch Legacy.

Beyond the Legacy Edition on Switch, FIFA 22 this year comes with two different editions. The standard is the one you can buy in physical or digital format and has a Team of the Week player, Mbappé on loan, and FUT transfers, plus a local talent in Career mode. The Ultimate edition includes more FUT-oriented items, as well as dual versions for old and new generation consoles, early access, and 4600 FIFA Points.

eFootball (PES 22) will only have a single edition, which you can get for free on its official website. It will be available for PC, Xbox One, Xbox Series, PS4, and PS5, although there is still no official release date. It will be free but will have a system of season passes without a price revealed yet. Mobile editions should arrive in 2022. 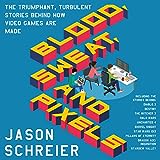 The Google app, Gmail, and Google Map Crashes Globally: possible causes and how to...