FIFA 22 had gameplay details released on Tuesday (20) by Electronic Arts (EA). The new title has a release date for PlayStation 5 (PS5), PlayStation 4 (PS4), Xbox Series S/X, Xbox One, and PC on October 1. On next-gen consoles, the classic soccer game features HyperMotion technology, which holds promise for more realistic and responsive gameplay. According to the producers, this is the first year to take advantage of the potential of the new consoles, thanks to an 11 vs 11 game capture system combined with machine learning.

The successor to FIFA 21 has Kylian Mbappé as the cover star and prices from $69.99 on pre-order of the Standard Edition while the Ultimate Edition costs $99.99. Techidence was introduced to the FIFA 22 HyperMotion technology and brings below the main changes in the gameplay of the game compared to previous versions. Remember that HyperMotion is exclusive to consoles of the new generation.

According to FIFA 22 producers, the previous generation consoles already implemented major new features difficult due to technical limitations. Now, with the greater processing and memory offered by devices such as PlayStation 5, Xbox Series S, and Xbox Series X, it is possible to attempt to improve what they call the four “pillars” of visual fidelity, responsiveness, variety, and depth of soccer.

In previous releases of the series, player movements were captured more individually, as many as three players at a time, gathered in studios. The game team would ask the player to perform some specific moves. Using special equipment, the moves were captured and the animations were transferred to the game.

In FIFA 22, with the advanced capture of 11 vs. 11 matches, the idea is to get the information directly from the soccer environment. The players involved wear special clothing while playing and trying to win a match. The results are usually a higher fidelity in the intensity of the animations, with improvements also in the technique of the movements.

HyperMotion also relies on machine learning technology, which is the ability of a computer to analyze data to make predictions. In practice, this allows the game to improve the positioning of players on the field, for example, making the team as a whole behave more faithfully to reality.

What changes in FIFA 22’s gameplay?

HyperMotion technology, which will only be available for next-gen consoles, brings considerable changes to the overall gameplay of FIFA 22. The first of these is “Full Team Authentic Motion,” presented as the biggest animation upgrade the series has ever had. There are more than four thousand different movements, three times as many as in other years. They can be seen in a variety of cases, whether it’s a goalkeeper save, a cross, or when a player tries to avoid getting the ball out, to name a few examples.

The gameplay in FIFA 22 also takes advantage of a machine learning stream, which analyzes more than 8.7 million frames of animation in real-time. This allows, for example, the player to approach to kick the ball in a way that makes more sense relative to reality, with shorter steps and a longer step before the kick or to turn in a more natural way.

With “Tactical Artificial Intelligence,” there is an upgrade in the way the team moves around the field. While attacking, players can now make six times more decisions per second, improving support for the player who is currently on the ball. The defense has also been redesigned, with players moving in unity, changing the way the other team must find spaces.

Another new feature available in the next-generation FIFA 22 is the so-called “Kinetic Air Battles”. In aerial moves, the movements of the players involved are captured simultaneously, which should deliver a better experience in this type of play. Also on the visual side, the “Composed Ball Control” changes the way players receive the ball, exchanging short animations for long ones.

The humanization of the players is also a point of change in HyperMotion. Various animations have been added even for moments when the ball is not rolling. The goal is to have the players “do things humans do”. You can see them interacting with each other, possibly arguing or asking for the ball. The changes also apply to facial expressions.

Changes to the match atmosphere

FIFA 22 for the new generation also brings improvements concerning the atmosphere of the matches, seeking greater immersion. Before each game, you can see some images of locker rooms, the lawn being irrigated or treated, the players warming up, and light shows. The game also takes advantage of the PlayStation 5’s 3D audio and the haptic feedback of the DualSense controller to enhance the player experience.

The fans have new ways to support the players, with specific shouts that have been captured for some teams, in classic moments like the song “You’ll Never Walk Alone” in the Liverpool crowd, for example. If the team needs encouragement at the end of the match, the fans behave more intensely. In the event of a heavy defeat, the fans can also leave the stadium early, just like in real life.

Changes to the game’s lighting have been applied to bring more vibrant colors to the pitch and team uniforms. FIFA 22 has also revisited the shape of the players’ bodies, making slight changes to the size of parts such as the head and shoulders. Although they were already present on some of the top stars, tattoos have been expanded to more players, including the Brazilian Roberto Firmino, for example.

In goal celebrations, new animations are available, including some specific ones for big stars. Firmino has also been cited as an example, but the feature expands to managers as well, with custom celebrations for coaches such as Liverpool’s Jurgen Klopp and Athletico Madrid’s Diego Simeone.

What changes for previous generation consoles?

The previous generation of consoles, which includes PlayStation 4 and Xbox One, will also see changes in FIFA 22 from the predecessor. One of these is a new system for goalkeepers, with more reliable saves, greater personality, and an upgrade in animations. The idea is that repetitions of goalkeeper animations will be rarer, with greater variety.

Significant changes in the physics of the ball also reach the previous generation of consoles. The developers sought to bring the characteristics of the real-world ball to FIFA, resulting in considerable differences in the object’s trajectory, effect, and all aspects involving its movement.

Another new feature is the “Explosive Sprint”, which aims to bring a sense of explosiveness to speed shots. If the defender does not start running at the right moment, the attacker will have acquired a significant advantage, which is no longer linear as in previous games.

The list of new features also includes new attacking tactics, four new dribbling moves, and more statistics during matches, visible as early as half-time. All the features that come with the previous generation will also be available in the new generation FIFA 22.

PES 2022: the game changes name to eFootball and will be free; see the release 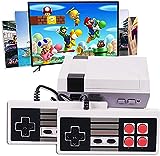 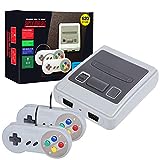