Techidence
Home More Audio Galaxy Buds+ vs Buds Live: Which Should You Buy? While the Buds Plus arrived in March 2020 at $129.99, Buds Live was expected from September 2 but has already appeared in major online stores in the country, with prices starting from $169.99. Check below the main differences between the headphones of the South Korean giant and know which of them is more worthwhile for you.

Buds+ has a very traditional design, following the profile of the original Galaxy Buds, being intra-auricular, with some options of silicone tip, besides bringing a rubber on the outside that suits the user’s ear. Buds Live has a shape that resembles a bean, which, according to Samsung, will allow the ideal fit by following the design of the inner part of the ear.

Also, the output of sane is not through traditional tips, which can increase comfort after long hours of use. Your charger case is also different, reminiscent of a jewelry box. Buds+, on the other hand, has a very small pill case, taking up little space in the pocket. About the weight, there are 5.6 grams in the newly launched option, while the model that arrived in March has about 6 grams.

The two Samsung headsets have a good amount of features, such as a touch-sensitive surface to control playback, answer calls, among other commands, besides allowing to personalize the actions through the Galaxy Wearable app for Android and iPhone (iOS) phones. This way, users can choose to access the smartphone’s voice assistant (like Google Assistant and Alexa, for example), switch music, or even open Spotify automatically.

The accessories also bring integration with Bixby, Samsung’s Artificial Intelligence, which can be activated directly by voice. Another feature present in both is the wireless charging, which allows high-end mobile phones such as the Galaxy S10 and Galaxy S20 to be recharged, in addition to the new Galaxy Note 20.

The differences are due to active noise cancellation, the main highlight of Buds Live, which uses microphones to capture external sounds and block them according to the situation. According to Samsung, the feature allows preventing the entry of up to 97% of the noise coming from outside, ensuring a good immersion for the user when activated. The product is also IPX2 certified for water resistance, being interesting even for sports use.

The two products bring dynamic drivers of 12 mm, being the Buds+ a double system, with woofer and tweeter, which reinforces the good balance of bass, medium, and treble. Buds Live promises good bass reproduction, but shouldn’t leave anything to be desired on other frequencies either.

The accessories also have the AKG signature, a brand recognized for good sound quality in their devices. It is also worth mentioning here that because it is intra-auricular, Buds+ can pass the sensation that its reproduction is superior since there is physical isolation. In Buds Live, the idea is that active noise cancellation works well to pass on the idea of immersion.

According to Samsung, Buds+ and Buds Live should offer practically the same autonomy, with 22 and 21 hours respectively. This takes into account the battery of the earbuds and the charger case together. It is worth mentioning that, due to the noise cancellation feature, Buds Live has more demanding hardware, which should mean a longer time of use if the function is off.

Galaxy Buds+ has an official value of $129.99 while Galaxy Buds Live costing from $169.99. Therefore, the models appear as alternatives more in front of the headphones offered by Apple: the AirPods cost from $118, while the AirPods Pro is on sale for $219, both on Amazon. 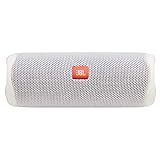 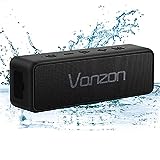