Samsung announced in June the Galaxy Tab S6 Lite is currently available for $349.99. The tablet arrived to compete directly with Apple’s iPad Air 2019. Both have a large screen, 8 MP main camera, and a large battery, but have differences in the technical specifications such as processor, RAM, and operating system.

Presented in April 2019 is currently available for $619.99, the iPad Air had no price reduction and is still found for the same value in online retail. The situation is also repeated with the competitor Galaxy Tab S6 Lite which is sold in graphite color for the same launch price. Check below the differences between the tablets.

The successor to the Galaxy Tab S5E, Samsung’s new model features a 10.4 inch TFT LCD screen with 2000 x 1200 pixel resolution and 224 PPI density. The iPad Air features a 10.5-inch LCD panel with a resolution of 2224 x 1668 pixels and 265 PPI of density. The device also features True Tone technology and protection against drops and scratches.

As for the design, the Apple model is slimmer, with 6.1 mm versus 7 mm of the Galaxy Tab S6 Lite. Both feature the centralized front camera. iPad Air also comes with a Touch ID button for fingerprint unlocking, while its competitor features facial recognition.

For telephony, both have nano-SIM input. Samsung promises synchronization with Galaxy mobile phones so users can answer calls directly from the tablet.

For those who are used to the quality of photos taken on the iPhone or Galaxy mobile phones, tablets’ cameras can disappoint. The Galaxy Tab S6 Lite features an 8 MP rear camera, f/1.4 aperture, and 5 MP front camera. The main iPad Air sensor is also 8 MP, with f/2.4 aperture, and the selfies sensor records photos up to 7 MP.

For video, both can record in Full HD at 30 frames per second, but only the Apple device features 240 frames per second Slow Motion and widescreen mode. Both tablets have digital stabilization, facial detection, and HDR system, which helps the records with more evident contrast.

In terms of performance, the Galaxy Tab S6 Lite features Exynos 9611 processor (octa-core up to 2.3 GHz) and 4 GB RAM. The iPad Air features a Bionic A12 chip with 64-bit Neural Engine architecture, integrated M12 coprocessor, and 3 GB of RAM. The Apple model can be found in versions 64 or 256 GB of internal storage, while Samsung’s is only available in 64 GB of data space.

As usual, iPad Air does not come with memory card slot, but the Galaxy Tab S6 Lite can be expanded up to 1 TB by microSD cards.

READ:  What is a PIN? What you need to know about the security feature

The battery of the Galaxy Tab S6 Lite is 7,040 mAh, with a 13-hour guarantee of video playback. Apple guarantees that the 8,134 mAh battery on iPad Air can keep the device out of the jack for up to 10 hours of use for surfing the web, watching videos, or listening to music. The tablet can be recharged via USB from your computer or charger.

The Galaxy Tab S6 Lite system is Google’s Android 10, which works together with the Samsung One UI 2.0 interface. The iPad Air has the iPadOS version, which has its features and apps for the tablet.

The Samsung device comes with a cover called Book Cover, which has a specific space to store the S Pen, an electronic pen that is included in the box and offers three support positions for the tablet. The iPad Air also features compatibility with Apple Pencil and Smart Keyboard, but devices must be purchased separately.

Galaxy Tab S6 Lite is available for $349.99. Although it has the graphite, pink and blue versions. The iPad Air was launched at the beginning of last year for $619.99 in the colors silver, space gray, and gold. 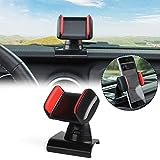