The Lenovo ThinkPad C13 Yoga Chromebook Enterprise is a different concept from Lenovo. A computer that combines the best of the ThinkPad (enterprise) and Yoga (contortionist and versatile laptops) worlds with the Chrome OS platform. If you are not yet familiar with this platform, it is Google’s operating system based on its popular browser. A system designed for you to use your laptop with different web applications. The C13 Yoga has a 13.3-inch screen with an optional 4K, up to 10 hours of autonomy, and AMD Ryzen processors. We are waiting to know its price and official launch date, but in the meantime, we will tell you its main technical characteristics.

One of the main attractions of this laptop for the business sector is the versatility that gives it its name Yoga. Lenovo has featured a touch screen that can rotate up to 360 degrees and be placed in different positions to suit different uses. Whether as a traditional laptop, store format, or even as a large-format tablet. By the way, for creators and graphic designers, a stylus can be included to create their sketches and annotations.

The screen of the Lenovo ThinkPad Yoga C13 Chromebook Enterprise is 13.3 inches, with two different options. In the basic configuration, this screen has Full HD resolution with 300 nits brightness, while in the most advanced it goes up to 4K resolution with 400 nits brightness. Of course, we will have to see how the laptop’s autonomy responds with this second configuration. With the Full HD screen, it will give us a maximum of 10 hours of use.

Chrome OS as an Operating System

The ThinkPad C13 is based on the Chrome OS operating system. A choice that has had many difficulties in establishing itself as a powerful alternative to Windows, but which is becoming increasingly popular in sectors such as education and work. It is a system that is highly oriented towards the use of web applications and working with a connection. The most normal thing is that if you get one of these devices you are thinking of using suites like Google Workspace. One of its great advantages is that it is very easy to share this laptop among different workers who enter the system with their Google login details. The data is deleted once the session is changed, so security is guaranteed. Speaking of security, there is a fingerprint reader to ensure greater privacy and also a shutter for the web camera, so that no one would spy on us when we are not on a video conference.

AMD Processor and Internal Memory up to 256GB

As for the entrails of this Lenovo ThinkPad C13 Yoga Chromebook Enterprise, an AMD processor has been chosen. In its most powerful configuration, this chip is a quad-core AMD Ryzen 7 3700C with up to 4 GHz speed. The processor is combined with a RAM of up to 16 GB and an internal memory that can be up to 256 GB. It should be remembered that Chromebooks are intended to be used primarily with the Internet and not to store data locally, although Lenovo has wanted to be more versatile in this field.

As for the connectivity of the model, despite its format of 13.3 inches comes well supplied. So, for example, there are two full-size USB ports and two other USB C ports. Also noteworthy is the presence of an HDMI port for connecting the laptop to a larger screen. Regarding wireless connectivity, there are Bluetooth 5.0 and WiFi 6, a modern combination that ensures a good connection and the option to connect several peripherals without cables at the same time.

The Lenovo ThinkPad C13 Yoga Chromebook Enterprise is a computer with that chunky style usually found on ThinkPads, with a sturdy but not particularly heavy body. Its 1.5 kilos are not impressive, but they do make it easy to take anywhere without any problems. In this case, they have opted for an elegant dark blue color that matches the seriousness of professional equipment. By the way, the keyboard has been made splash-proof and is backlit.

At the moment, we do not have a price or official release date for this model. This is a laptop that seeks to explore the possibilities of the Chrome OS universe, along with the identity traits of ThinkPads and Yoga. It is a well-balanced model, focused mainly on the use of office applications and collaboration with other professionals. 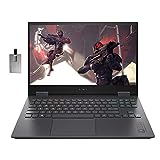 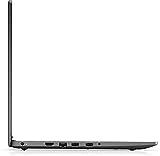