The Lenovo Yoga C940 is the top model in Lenovo’s 2-in-1 convertible range. This new version comes as a successor to the Lenovo Yoga C930 model. Although it doesn’t have too many new features in terms of design, it has a very important innovation in it: the new Ice Lake processors from Intel. Besides this, we must mention a much faster RAM and a touch screen with a resolution of up to 4K. All this in an ultrabook design that is compact and lightweight.

Sounds good, doesn’t it? The device is top of the range with an Intel Core i7-1065G7 processor, 16 GB of RAM, 1 TB of SSD NVMe disk and 4K screen resolution. In short, an ultrabook designed for the most demanding users, who are looking for portability as well as high performance. Do you want to know how this computer works? In this article, we will tell you everything it has to offer and what I thought of the new Lenovo Yoga C940.

The first thing I said when I took the Lenovo Yoga C940 out of the box was “how nice it is”. This Lenovo laptop is one of the most attractive ultrabooks on the market.

The quality of construction is high. The whole body is made of aluminum. Although it is somewhat far from some competing models, this is a compact and lightweight computer. It is just under 16 millimeters thick at its thickest part and weighs about 1.35 kg.

Without a doubt, one of the most striking parts of the Yoga C940’s design is the soundbar. It is placed in the hinge area and rotates at the same time as the screen rotates. Let me remind you that the Lenovo Yoga C940 is a convertible, which means you can rotate the screen 360 degrees to convert your computer into a tablet.

Back to the soundbar, with this clever design, Lenovo has made sure the speakers in the bar always point outwards, which means you get quality sound in any position. Plus, there’s been a slight design change from its predecessor. The hinge/soundbar is now one-piece, eliminating the small gap seen in last year’s model.

At the base of the computer, we have a keyboard. It is a fairly comfortable backlit keyboard, as it has relatively large keys.

Below we have a touchpad with a glass cover. It’s fast and of a suitable size. Finally, in the right corner, just under the keyboard, there is a fingerprint reader.

As for the screen area, the panel has some frames which are not too big, but they are a little less tight than the other models.

Especially the top frame, it houses a webcam that has the TrueBlock privacy shutter. This consists of a very small tab that we can slide from the top of the screen to cover the camera.

The connectors are all placed on the left side of the computer. Specifically, there are one USB 3.1 Gen, 2 Type-A port, two USB 3.1 Gen.2 Type C ports compatible with Thunderbolt and a 3.5 mm jack for headphones. That’s it. Lenovo seems to be following the trend of offering fewer and fewer ports and using a variety of converters for the USB-C port.

On the right side of the computer is just the power button. It’s a strange and unusual position. Also, the button looks very integrated with the chassis.

And I don’t want to leave the design section without commenting on where we have “hidden” the stylus. The truth is, if you’ve never used a Lenovo Yoga with an integrated pen, you might not even have noticed that it has a stylus.

It’s located at the right rear of the unit, just at the end of the hinge. You’ll see a little hole to put your fingernail through and you’ll pull the pencil out a little bit.

The Lenovo Yoga C940 is available with two screen types. Both are 14-inch IPS panels, but one has Full HD resolution (1920 x 1080 pixels) and the other has 4K UHD resolution (3840 x 2160 pixels). In addition to the resolution, the other difference between them is that the former has 400 nits brightness while the latter boasts 500 nits. In both cases, the 300 nits of last year’s model are improved.

Welcome to the New Intel Processor

As for memory, the model with the i5 processor is equipped with 8 GB of LPDDR4X memory and the i7 with 16 GB of memory. Both models use 3733 MHz memory, which is very rare for a laptop.

With there technical set, you can’t have any kind of performance problem with the two models, especially version with the Intel Core i7-1065G7 processor and 16 GB of RAM. All applications run very fast, including heavy video and photo editors.

Completing the technical package is an SSD NVMe disk with a high capacity. This is a Samsung drive that offers high speed for both reading and writing.

The ventilation system is also worth mentioning, as it’s easily activated, it keeps the case quite cool.

And to close the analysis I want to talk about two technical characteristics that I think deserve their section. The first is autonomy, which has improved quite a lot compared to last year’s model.

The battery of the Lenovo Yoga C940 has a capacity of 60 Wh, making it one of the ultrabooks with the largest battery on the market. With moderate brightness and the computer always connected to WiFi, it can last for about 7 hours. The same model with an FHD screen seems to reach about 10-11 hours in real-time.

Finally, it is worth noting the sound section of the Lenovo Yoga C940. I’ve mentioned that it has a soundbar integrated into the hinge and that it rotates along with the hinge to always be in front. But besides turning and being very well integrated it sounds great.

It has Dolby Atmos technology and it has much more power than you might think. The system also has two other speakers at the bottom to bolster the audio.

The Lenovo Yoga C940 is possibly one of the best ultrabooks on the market. But of course, having the latest technology pays off, so it’s not exactly an inexpensive piece of equipment.

The model with a 4K screen, 10th generation Intel Core i7 processor, 16 GB of RAM and 1 TB of storage has an official price of 2158.55 dollars. Perhaps too much for the vast majority of users.

It’s a high price, but you should keep in mind that the Lenovo Yoga C940 is one of the first ultra-light computers to incorporate the latest Intel processors. 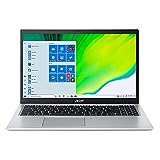