LG has just unveiled the LG K50s and LG K40s, two new devices that arrive to improve the LG K40 and LG K50 that was released last February at the MWC. Of the two, the K40s is the one that offers tighter performance. It is a mobile phone, built-in polycarbonate, which includes an eight-core processor, dual main camera, a 3,500 mAh battery and Android 9 Pie.

Both devices will be present at the IFA in Berlin next September, where we will know prices and availability. However, it is known that it will be sold in Africa, Europe, Latin America, and Asia from October in two colors: black and blue.

At first glance, the LG K40s is an all-screen phone, with a water drop-shaped notch, in which the frames are quite small. However, they are somewhat more noticeable than in other models, especially at the bottom. Its rear part is formed by a dual-sensor located in a horizontal position,  and a fingerprint reader occupying the central area. The device seems to be built in polycarbonate, in black or matt blue colors. The phone is different from others with premium design, although we must not forget that it is an incoming mobile. It should be noted that it has a standard size panel: 6.1 inches with HD+ resolution and a 19:5:9 ratio. There is no lack of FullVision technology, which improves quality when viewing all types of content.

In the LG K40s, there is room for a 2.0 GHz core processor, followed by 2 or 3GB of RAM. Its storage capacity is 32GB (expandable through the use of microSD cards). Do not expect high performance with it. The K40s is ready to use simple apps like Instagram or WhatsApp. We can say that it is perfect as a second mobile or for those users who do not want to complicate life much with a mobile device.

At the photographic level, the new LG model includes a double 13 + 5-megapixel sensor, the same feature as the LG K50s, but without the 2-megapixel depth sensor. For the selfies, we have a front sensor (in the notch) of 13 megapixels. Other features of the LG K40s are a 3,500mAh battery, MIL-STD 810G military protection or DTS: X 3D sound. The device also comes governed by Android 9 Pie.

At the moment, we do not know the exact price or availability of the LG K40s. The company is expected to have more data starting next September 6 at the IFA in Berlin. What it seems is that it will land sometime in October in Europe, Latin America, Africa, and Asia. It can be purchased in two colors: black or blue. 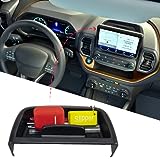 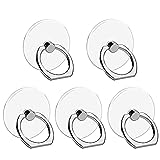 Galaxy A52 and Galaxy A52 5G: Features, Reviews, and Prices