LG PL7 XBOOM Go is a Bluetooth soundbox from the brand that was elected the best in the world in the biennium 2020-2021 by the European Image and Sound Association (EISA). The model has not yet been officially launched, but it already appears in the national market at prices starting from $175.81 and promises to hit head-on with options of rivals such as JBL and Sony.

Part of LG’s virtual stand during IFA 2020, the accessory has a Meridian signature on sound and 30 Watts RMS power, besides features such as water resistance, voice controls, and colored LEDs. Check below for more details about the model and see if the PL7 is worth it for you.

With a modest appearance, the LG PL7 XBOOM Go has LED lighting that can vibrate as the music beats. Weighing 1.5 kg, the PL7 XBOOM Go is not so portable but focuses on sound quality and battery life. Its format even resembles the traditional JBL boxes, having in Charge 4 a possible direct rival. The product also brings splash water resistance with IPX5 certification, also offering P2, Bluetooth, and USB connectivity, also working as a kind of power bank.

Complimented in the EISA award because of the sound quality, XBoom from LG brings an audio system with Meridian signature, a manufacturer that offers premium products in the category. In general terms, LG promises a balanced sound, with outstanding bass – much because of the two passive radiators that accentuate these frequencies – and clear vocals. The total power of the product, in turn, is 30 Watts RMS, which should be enough for parties or small meetings indoors, for example.

PL7 XBOOM Go also offers a Sound Boost button that, according to LG, amplifies the sound field of what you hear. The idea is that the feature serves to extend the range of the box, allowing a greater reach even in open spaces.

LG’s product has some interesting resources for those who have brand products. With two XBoom Go boxes, the brand promises a home-theater experience connected on one of its smart TVs OLED, NanoCell, or UHD of 2020. Also, the soundbox has its application and allows the creation of a network with up to 100 compatible boxes to further enhance the sound.

Equipped with a microphone, the PL7 XBOOM Go brings support for voice commands via Google Assistant and make or receive voice calls directly in the box. It is also possible to share playlists between users with the product, allowing you to control playback independently.

LG promises battery for 24 hours of music with PL7. According to the manufacturer, it takes 5 hours in the outlet to fully recharge the accessory. There is no information about fast charging technologies, but LG claims to bring a USB-C port in the product. It is worth remembering that the box also has a USB input available to work as a kind of power bank for other devices. Therefore, its autonomy can get smaller in these situations.

The product was revealed during IFA 2020 and has been officially launched. Nevertheless, LG’s store already shows the box as a new item. This way, it is possible to buy PL7 from $175.81 on Amazon, although the model still doesn’t have an official value by the brand. Concerning the guarantee, it is until 12 months for factory defects. 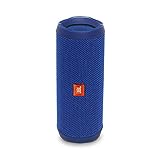 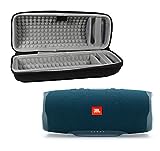