The new MacBook Pro 13 is “the ultimate expression of what the new Macs can do,” Apple said. These computers integrate the new Apple M1 processors and promise almost triple the performance thanks to these powerful SoC.

Not only that: the efficiency of these processors also allows these computers to boast an unprecedented autonomy: up to 20 hours of video playback, 10 hours more than its previous generation, and a guarantee for those who use them daily.

There are no notable changes in many of the features that are part of the new MacBook Pro 13″ since the configurations are in those sections analogous to those of previous-generation models.

The significant change is that which affects the processor, the new Apple M1 chip that will be responsible for providing these improvements in performance and efficiency that are certainly promising. Apple has not given details about the frequencies at which the cores of these processors work, nor has it indicated the specific characteristics of the memory or the battery.

These computers are offered in configurations of up to 16 GB of RAM and up to 2 TB of capacity in their SSDs that we can activate in the Apple store configurator.

There are no models with 32 GB of RAM, an option that seemed logical in computers with that label Pro and perhaps we will see in a future MacBook Pro 16″ with the M1 or maybe another processor somewhat more powerful in this family.

Up to 2.8 times faster than the competition

The new Apple M1 processor (or M1) is the absolute masterpiece of a computer that does not change in terms of design and retains both format and classic elements of this range as the famous Touch Bar.

The changes are inside, with the new M1 chip with eight cores that Apple says is “up to 2.8 times faster than the previous generation” (of 13-inch MacBook Pro) and that allows you to increase performance in all kinds of scenarios, from the compilation work with developers to photo editing or video transcoding.

The eight-core GPU allows for performance that is five times faster than the previous generation GPUs – again, these comparisons were made without giving details of what was specifically compared – and as a conclusion Apple stated that the new 13-inch MacBook Pro is “up to three times faster than the best-selling Windows notebooks in its range”.

Thus, in the 13-inch MacBook Pro, there are up to 17 hours of web browsing via Wi-Fi, but they also spoke of up to 20 hours of video playback.

This figure is amazing and represents twice as much as the previous generation of these computers. It is, as they indicated in Apple, the longest battery life that a Mac has ever had.

The new processor of this equipment will also play a leading role in an area that is crucial today: video conferencing. According to Apple, the image signal processor or ISP of the new M1 allows for a more precise and detailed video broadcast, as well as correcting and improving the image in poor lighting conditions.

Although the M1 chip contributes to the improvement of the image according to Apple, the firm has decided to maintain the HD webcam with 720p resolution that perhaps would have been interesting to improve in this new generation of computers.

This scenario also contributes to better video conferencing microphones “studio quality” both to record and to make calls through the computer.

The new 13-inch MacBook Pro has two Thunderbolt ports with USB 4 support that allow, for example, to connect these laptops to Apple’s Pro Display XDR monitors and use them with their native 6K resolution without problems.

The new 13-inch MacBook Pro can be pre-ordered starting today and will arrive on November 17 or 18, depending on the Apple website. The prices for this computer are as follows: 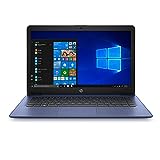 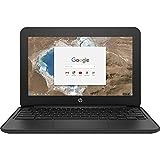