Moto G8 Power and Moto G9 Play are Motorola mid-range options similar in technical specifications and prices below $200. Despite similarities in RAM, storage, and 5,000 mAh battery, the two models differ in aspects such as photography and screen resolution. Below, you can see in detail these and other features of the two smartphones.

Regarding the appearance, the G9 Play has a drop-shaped notch design to accommodate the front camera, while the G8 Power reserves the space for the photosensor in a small “hole” in the upper left corner.

READ:  Galaxy Note 20 Plus appears on the Internet with a 6.9-inch Screen

There are more differences at the back, as the Moto G8 Power organizes its lens vertically in the upper left corner, while the Moto G9 Play allocates the arrangement in a central square at the top of the phone. The fingerprint reader sits behind the phone in both cases.

In colors, the G8 Power is more restrained, available only in dark blue and black. Those looking for more variation will find options such as blue, green, and pink on the G9 Play.

Both phones have multiple camera systems and promises of artificial intelligence capabilities for image enhancement. The G9 Play has a trio of lenses at the rear, most notably the 48 MP main sensor which, using QuadPixel technology, can generate images with a good level of quality even in dimly lit environments.

The 48 MP camera is coupled with a wide lens with a focal aperture at f/1.7 and is accompanied by a 2 MP (f/2.4) macro camera for taking pictures of close objects. Also, there is a sensor, also 2MP, which detects depth and plays a key role in measuring the field distance used to create photos in the so-called portrait mode.

In the Moto G8 Power, there are four cameras and the highlight is the presence of processing technology with artificial intelligence, which helps to improve the final result of the captures. In terms of hardware, the phone comes with a 16 MP main camera with a wide lens (f/1.7), an 8 MP telephoto lens with f/2.2, an 8 MP ultra-wide lens with f/2.2, and a 2 MP macro (f/2.2). Just like the G9 Play, the phone generates images with the desired portrait mode.

The presence of a telephoto camera in the G8 Power set gives the device more agility, as the user will be able to capture better images with zoom. The higher resolution of the secondary cameras, in general, can contribute to photos with a higher level of detail than on the G9 Play.

Another difference is that the G8 Power records videos in 4K at 60 FPS, while the G9 Play records in 1080p at 60 frames per second. On the front panel, there are also cameras intended for selfies of both models. On the G8 Power, the sensor has 16 MP resolution, double the 8 MP installed on the G9 Play.

The Moto G8 Power uses a Qualcomm Snapdragon 665 processor, an octa-core processor with four high-performance cores that reach 2 GHz of speed and another four that, at 1.8 GHz, run less demanding tasks and save power.

The processor is a Qualcomm entry-level model far removed from the brand’s more powerful alternatives, such as the Snapdragon 730, common in premium mid-range. The performance gap, however, should appear only in more extreme uses, such as gaming.

The G9 Play, meanwhile, relies on the Snapdragon 662 with the same technical specifications and architecture: octa-core, the processor reaches 2 GHz in the high-performance half of its cores, while it operates at 1.8 GHz with the lower-performance and more energy-efficient cores.

Otherwise, the configurations of the two smartphones end up the same: in both cases, there are 4 GB of RAM and 64 GB of internal space for data, still with the option to expand this total via microSD cards.

Motorola’s Power line is always accompanied by promises of extended battery autonomy and the G8 Power is no exception to the rule: according to the company’s accounts, the phone should stay in operation for up to two days. In technical terms, it offers a 5,000 mAh raw capacity battery.

This is the same battery capacity as the G9 Play. Here Motorola also talks about two days of operation away from the power outlet, and considering the lower resolution screen (and thus lower power consumption), it is reasonable to expect the Play to last longer.

In both cases, there is support for fast charging, although the G9 Play allows 20-watt chargers versus the G8 Power’s 18-watt limit. In practice, the former should charge the battery a bit faster.

Both devices leave the factory with Android 10 and are part of the list of models confirmed by Motorola to receive an update to Android 11.

Both smartphones have Bluetooth 5.0 and support for 4G networks. The big difference is in Wi-Fi support: the Moto G8 Power comes with 2.4 GHz Wi-Fi 4 (802.11 bgn), which is more limited than the G9 Play’s Wi-Fi 5 (802.11ac) with support for 5 GHz networks. Overall, the G9 Play’s dual-band wireless internet should ensure better performance when it comes to browsing and downloading.

Another connectivity detail that affects both phones is the absence of NFC. Without this type of networking, both devices are unfeasible for the use of proximity payment technologies.

Otherwise, both phones offer a fingerprint reader, USB-C connectivity, headphone jack, and support for Moto Actions for convenient shortcuts to features and functionality for everyday use. 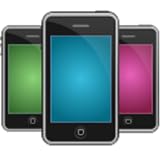 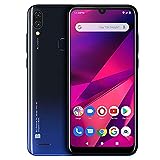 UFS: what is it, what is it for, and what versions are available?