The Nintendo Switch Lite is the most compact and cheapest version of the Nintendo Switch. The “normal” model was launched in 2017 and brought major innovation to the desktop console market: the ability to be a fully-fledged hybrid device, playable on TV or in portable mode with its screen.

Wii U, from the same company, had already tried something similar, but not in such a practical and natural way. The Switch was a success for this and at the end of 2019, the company launched Switch Lite, a new videogame, smaller and only with the portable mode. Did it work against the original version? In the following review, find out if it’s worth it and learn more about this console, with its pros and cons.

Design is the area where Switch Lite differs most from the original and also the area where it reveals its main pros and cons. It is smaller in every way, and this can be good or bad, depending on what you look for in a device of this type. Its screen is 5.5 inches smaller than the original Switch, and its entire body is also much smaller – which makes it lighter.

The biggest difference, however, is that it is impossible to remove the Joy-Con, the Switch controls, from the side of the device. This eliminates the chance of playing multiplayer games on the same console, offline and with the two controls that come with the original model.

Even so, the Lite version circumvents the problem, as it is compatible with extra controls via Bluetooth connection. The bad part is that it’s necessary to buy more Joy-Con to be able to enjoy this possibility, which is not always ideal.

READ:  FIFA 21 Champions Edition, Beckham Edition, and more: Learn all About the Versions

The Switch Lite’ s weakness and strength is in design practicality. It provides a more “One Player” focused experience while being lighter and more enjoyable to hold. However, it loses great attraction as it is not possible to play on larger screens and use the separate Joy-Con for multiplayer.

Just to be light, the body of the Switch Lite is made of a different material than the normal model. While the original has a harder plastic and metal parts, the Lite version is all in cheaper plastic, which is reflected in the final price of the device. This does not mean that it is less resistant.

One of the great complaints of the normal Switch was its ergonomics. Its size doesn’t favor some larger types of hands, which made long games a little uncomfortable. Switch Lite, in part, solves this problem. It is smaller, yes, and it fits better in this type of hand, precisely because it has a very proportional size.

Ergonomics are also favored in this sense for those who seek better control over the small controls of Switch Lite. Not that it is a big difference that changes the whole user experience, but it is a little easier as far as comfort is concerned.

As we have already mentioned, the Switch Lite controls are not separated from the console. There are no detachable Joy-Cons and this changes the game a lot since the focus turns to a player and also without TV support. However, other sensitive changes make perfect sense in the controls as well.

The main one is the replacement of the directional arrows on the left of the device by a D-Pad-style digital directional “cross”. This style gives more precision when pressing the buttons, especially in fighting games.

In addition to this visible change, however, the controls remain virtually the same, except for the L and R triggers, which are in the same place but have been slightly redesigned. They are smaller, to keep up with the Switch Lite design change, but that makes very little difference in general changes.

Even so, it is apparent that Nintendo has been concerned to modify the Switch Lite’s controls a little to keep up with the new console format.

The price of Switch Lite is considerably cheaper than the normal edition – US$ 200 against US$ 300 of the original model. But even so, it is still considered an expensive video game console.

Switch Lite’s modifications are only in its look. In terms of system, it is the same as the original. Battery and processing follow the same as the standard model and the games do not run better or worse in this version – only in less resolution, due to the lack of TV connection.

So, whoever’s looking for Switch Lite is just to have a more portable model of the device as a whole, which doesn’t mean games do better or faster – the same goes for the system.

The Switch Lite is a good console, or rather, portable. The device loses all its hybrid console features and is aimed only at those who like to play without relying on TV or outside the home – and also by those who don’t call for local multiplayer, only online. But as cheap as it is, it may not be ideal if you want to share controls with other players. Still, it’s robust, beautiful and doesn’t make it ugly for anyone looking for a modern, up-to-date device. In the end, it depends a lot on the user, when it comes to choosing what you want for your experience. 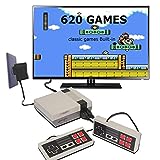