The Realme Book Slim, the first laptop from a company that was already known for offering an attractive price/performance ratio in its cell phones and now wants to offer something similar in laptops.

This Ultrabook stands out for its thickness of only 14.9 mm at its thinnest part (its profile is wedge-shaped), but also for a very balanced configuration in which the 14-inch screen is one of the main attractions.

A design that focuses on slimness

Realme has started its commitment to this segment with a design that adopts a slight wedge shape, as in the traditional MacBook Air, but that takes the thickness from 15.5 mm in its thickest part to 14.9 mm in the narrowest part.

READ:  Ideapad Gaming 3i vs Dell G3: Which Should You Buy?

This design is made with a metal body that can be found in two colors: blue and gray. The weight of the device is 1.38 kg, a very respectable figure for a device with this screen diagonal.

The 14-inch 3:2 format screen stands out for its QHD resolution, but also for its slim bezels both on the sides and at the top, which leaves room for a small 720p webcam. Only the bottom frame is somewhat thicker.

A modest but well-balanced design

In addition to this striking screen, the device stands out for a hardware configuration that will not win any performance battle but is certainly more than acceptable for those looking for a device to work with and even play games occasionally.

Two configurations differ in the integrated processor: there is a Core i3 or a Core i5, both from Intel’s 11th generation, and both have integrated Intel Iris Xe graphics. The computer is cooled with the Dual-Fan Storm system, which, according to the manufacturer, ensures perfect cooling of its internal components.

The device has a backlit keyboard with 1.3 mm key travel. At the bottom, there is a touchpad with generous dimensions (123.8 × 78.2mm) and support for Windows 10 gestures.

This device also features a two-speaker HARMAN system with DTS Stereo Surround Sound support. There are also two microphones with a pre-processing system that ensures good audio quality in our video conferences with the 720p webcam.

The 54 Wh battery has a decent capacity, but here the highlight is the support for 65 W charging with an adapter (included) that according to the manufacturer allows you to charge 50% of the battery in just 30 minutes.

According to Realme, that battery capacity guarantees 8.5 hours of office work and up to 11 hours of video playback. The adapter also supports Dart Charge technology for charging mobile devices at 30W.

Wi-Fi 6 connectivity (on the Core i3 it is Wi-Fi 5) is combined with an interesting port offering both a USB-A port and two USB-C ports, one of which supports the Thunderbolt 4 interface. On the Core i3 version, however, there is no support for TB4 on either of the two USB-C ports present.

The Realme Book Slim has Windows 10 preinstalled and is ready for the future free upgrade to Windows 11. The manufacturer has also come up with its solution for using it in conjunction with its cell phones: with PC Connect we can “project” the mobile screen onto the laptop screen and operate it from there, although at the moment this option only works with the new Realme GT Master Edition that has just been presented.

Pricing and availability of the Realme Book Slim 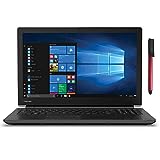 10 Best Camera Phones of 2020, According to DxOMark

What is Google Mars? The site shows Mars surface images