Xiaomi returns to the streets and has been made official the Xiaomi Redmi Note 8 and Note 8 Pro, two smartphones that have been subject to leaks in recent weeks. Despite being two versions of the same model, the devices have quite distinct differences from each other. The Pro version is the first mobile to mount a 64-megapixel camera. This sensor is followed by three others; the device will have a four-lens camera. The Note 8 also includes a quad sensor, although in its case with a 48-megapixel main one.

However, the Note 8 and Note 8 Pro have very different processors, one Qualcomm and another MediaTek, a battery of 4,000 and 4,500mAh, respectively, as well as the Android 9 system supporting MIUI 10, the customization layer of the company. If you are interested in knowing all the details of the new machines, keep reading. We will reveal the specifications below.

Both the Xiaomi Redmi Note 8 and the Note 8 Pro arrive with an all-screen design, with barely any frames. The notch in the form of a waterdrop is not missing to house the front camera. Its rear part has a glossy finish, is built-in glass, and has an immaculate appearance. The cameras are grouped in the same elongated module located in the central region. A little further down, there is a physical fingerprint reader. The Redmi seal is not missing at the bottom, discreet despite being present. As for the size of the screens, the Xiaomi Redmi Note 8 has a 6.3-inch IPS LCD with FHD + resolution. The Note 8 Pro has 6.53 inches, also with FHD + resolution.

The devices have very different processors. The Redmi Note 8 houses an 11 nm Qualcomm Snapdragon 665, while the Redmi Note 8 Pro releases the first SOC for MediaTek players. We refer to the new Helio G90T, 12nm, which provides improved performance for games, something that will be quite noticeable.

Also, this processor includes a liquid cooling system, which prevents the terminal from heating more than normal. On the other hand, also thanks to this chip, the Note 8 Pro can simultaneously connect to 2.4GHz and 5GHz Wi-Fi networks, as the company has commented.

On the camera section, Xiaomi has given all the details during the presentation, and as we explained at the beginning of the article, there are some differences. Although the two include four main cameras. The Note 8 Pro arrives better-equipped thanks to a first 64-megapixel lens with a Samsung GW1 sensor, which will help us to capture images with a maximum resolution of 9,248 x 6,936 pixels. The Note 8 is 48 megapixels. The rest of the lenses remain intact on both devices: an 8-megapixel angle, 2-megapixel depth calculation, and a 2-megapixel macro lens. For the selfies, a 13-megapixel sensor is available on the Note 8 and a 20-megapixel sensor on the front notch of the Note 8 Pro.

The Xiaomi Redmi Note 8 and Note 8 Pro are equipped with a 4,000mAh and 4,500mAh battery, respectively, with fast charging of 18W. The two devices arrive governed by Android 9 Pie under the MIUI 10 customization layer.

The Redmi Note 8 and Redmi Note 8 Pro is available for purchase in three colors: Mineral Gray, Pearl White, and Forest Green. These are the prices according to version: 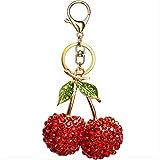 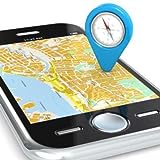 Motorola Moto G8+ Plus vs Moto G7+ Plus: Know What Changes Between the Motorola...