Robots are now going for airline pilots. However, we are not referring to the automatic pilot that aircraft have today. We are referring to a truly autonomous robot capable of taking off, flying and landing a plane following a flight plan and operating the aircraft without the intervention of a human.

It is called ROBOpilot and is a joint project between the Air Force Research Laboratory (AFRL) and DZYNE Technologies. It consists of a kit that is installed in the cockpit of the aircraft to make them autonomous. ROBOpilot has already made its first flights and even received its pilot’s license from the United States Federal Aviation Administration (FAA).

The first robot licensed to fly in the world

As they explain, ROBOpilot is a drop-in system, which means that it is installed in the cockpit after removing the seats, as if it is the pilot of the plane. Its main advantage is that it is an easy and quick option which does not require modifying the aircraft’s systems. It only takes a few hours to install and convert the plane to autonomous, and a couple of hours to remove everything and return the aircraft to its original state.

The idea of this system was developed to adapt civil aircraft quickly to autonomous aircraft without permanent modifications to the airline.

On August 9, ROBOpilot was adapted to a Cessna 206 aircraft and flew its first flight on the Dugway Proving Ground in Utah, United States. After programming the flight plan, the system was able to take off, fly for two hours over Dugway and landed without problems and a single person inside the plane.

After this flight, the FAA granted the pilot’s license to ROBOpilot with the authorization to pilot light aircraft. It is the first license issued to an autonomous robotic flight system.

However, not everything is good news, after the first flight on August 9, the following week ROBOpilot made a second flight that ended in an “incident”, which has no details or information about whether there was damage.

ROBOpilot is equipped with actuators, computer vision cameras to “read” the dashboard indicators, power systems, and a robotic arm, which, they say, allows it to do all the tasks that a pilot currently does.

ROBOpilot is not the first autonomous robotic system to pilot airplanes. Previously there are emerged projects such as Pibot, developed in South Korea, and ALIAS, of the U.S. Department of Defense. However, none of these has managed to fly a full-size aircraft on their own as ROBOpilot.

According to those people in charge of the project, ROBOpilot could help in tasks such as cargo transport, flying over dangerous areas, in intelligence, surveillance or reconnaissance missions. On the other hand, they mention that there are still several challenges to be faced before this system is used for passenger transport. 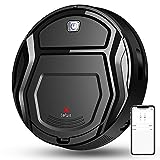 What is Stereo and How Does the Live Podcast-based Social Network Work?