Roku Express and Fire TV Stick Lite from Amazon are two media center options to turn your TV into smart tv. The devices bring a complete operating system and remote control, two features that are not present in its main rival, the Chromecast 3. On the other hand, applications like Globoplay are not available in Amazon dongle, which may disappoint some users – in contrast, the accessory brings Alexa integrated for voice commands.

You can find Roku’s option for $21.99 on Amazon, while the Fire TV Stick Lite appears for $17.99 at Amazon’s official store. In the following comparison, Techidence analyzes the technical sheet of both products and their main features.

The design of the two accessories is quite different. Roku Express has a more “traditional” format, like a small box TV connected to the TV via HDMI cable. The Fire TV Stick Lite takes on the dongle design to be connected directly to the TV inlet. The Roku device can even be attached to the back of the TV using a tape that comes with the product.

Both products use a micro-USB connection for power and also use their remote control. Amazon’s model is more conservative, while Roku’s control comes with specific buttons for apps like Netflix and Globoplay.

Both products are expected to reach Full HD (1080p), which is aimed at those who wish to stream easily. However, an important difference is the upscaling of Roku Express, which raises native content from 720p to 1080p. The technology consists of an artificial image reconstruction process to deliver Full HD on compatible screens

The solution is efficient, but should not have the same image quality and definition level as the native Full HD offered by Amazon’s Fire TV Stick Lite. Another feature that favors Amazon’s product is the support of HDR technology.

Regarding audio, both devices use HDMI and are compatible with Dolby Digital and Dolby Atmos formats. Roku Express also adds DTS sound to this list.

Both accessories run their own operating systems. On Amazon’s side, FireOS is based on Android and has good apps and features, while the rival’s RokuOS is a completely independent platform.

One of Roku’s commitments is that its system has to be user friendly, bringing several channel options and allowing subscriptions on the device itself. The search is one of the highlights: just look for a specific movie or series then content will display if it is available.

Amazon’s system, on the other hand, allows integration with the Alexa service, facilitating control through voice commands in Echo line boxes or even the use of the device in connected home routines.

Since Roku works at lower resolutions, the difference may not be significant in everyday life. The fact is, however, that Amazon’s product can be faster when connected at 5 GHz, a difference when it comes to loading videos via streaming.

Regarding the available services, the consumer finds popular apps like YouTube, Netflix, and Amazon Prime Video. However, it is important to point out that Fire TV Stick Lite does not have the Globoplay application as well as HBO Go, which can disappoint users who subscribe to the platforms.

As well as rivals with Android TV and Chromecast, the two devices allow screen mirroring – as long as the phone is natively compatible. This can be done, for example, via Smart View on Samsung models.

Both have their apps for Android and iPhone (iOS). While Roku Express allows you to control the system or even listen to the TV audio from the smartphone, the Fire TV Stick Lite has integration with Alexa and can display content directly via voice commands.

Between the two products, Roku Express is found on Amazon for $21.99 currently. The Fire TV Stick Lite, by Amazon, is quite cheaper appearing on Amazon at $17.99.

The main alternative products to Roku and Fire TV are Chromecast 3 or Mi TV Stick, by Xiaomi, both available in the market for prices around $40.

It is worth remembering that Google has recently launched Chromecast with Google TV, a dongle version with its operating system and remote control – besides a new software, which promises to be more intuitive than the current Android TV. 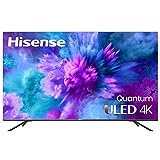