It seems strange that with the shortage of chips we have, NVIDIA is launching two new graphics cards for notebooks, but there are the new RTX 3050 and RTX 3050 Ti, which are the most modest representative of the family, which will allow access to good performance for gaming notebooks at more affordable prices.

Several manufacturers have taken advantage of this circumstance and the presentation of the new 11th generation Intel Core H-family processors. The proposal is therefore common to all of them, but remember that Acer, Dell, Gigabyte, Lenovo, and MSI (plus those arriving later) want to compete for an increasingly popular segment.

The manufacturer has presented its new gaming laptops with three renewed models: the Predator Triton 300 and the Predator Helios 300 are more ambitious and expensive, while the Acer Nitro 5 allows you to opt for several more modest and affordable configurations.

These are the models that allow you to configure the equipment with 11th generation Intel Core-H processors and up to an RTX 3070, but we can also start with the new RTX 3050 from NVIDIA.

The Acer Nitro 5 is available with 15.6-inch and 17.3-inch displays with QHD resolution and a refresh rate of 165 Hz. It will also be possible to configure them with up to 32 GB of RAM and up to 2 TB of SSD.

This manufacturer has also renewed its prestigious Dell XPS 15 and 17 with 15- and 17-inch screens. Now, these computers boast the new 11th generation Intel Core-H (up to the promising Core i9-11980HK), and in their configurations, we can opt for various models of NVIDIA RTX 3000 family graphics.

READ:  What is IP and How do I find my IP Address?

The design of the XPS, of course, makes them look not very gamer-like, but these graphics cards certainly enable very decent gaming sessions if we are not super-demanding gamers.

Gigabyte’s managers have also signed up for this release, announcing the renewal of several ranges (Aero and Aorus) along with the launch of the new Gigabyte G5 (15.6 inches) and G7 (17.3 inches).

It will also be possible to opt for the NVIDIA GeForce RTX 3050 or RTX 3050 Ti. Their displays will all have Full HD resolution and 144 Hz refresh rates.

Availability dates and prices are not yet known for models that will probably arrive in stores very soon.

Lenovo Legion 5i Pro and Legion 5i

From Lenovo, we get several devices aimed at gaming. Firstly, the Legion 5i Pro with a 16-inch diagonal, and secondly, the new Legion 5i, which comes in both 15.6 and 17.3 inches.

These computers have 11th generation Intel Core-H processors and the advantages that put them on a par with other rivals (Thunderbolt 4 ports, Wi-Fi 6, for example), but they also stand out for their graphics for more than decent gaming sessions.

Thus, both can opt for NVIDIA’s GeForce RTX 3050 and RTX 3050 Ti, which will also take advantage of panels that, as in the case of the Legion 5i Pro, support up to 165 Hz refresh rate.

The last of the manufacturers that have taken the opportunity to renew ranges in today’s announcement is MSI, which arrives with the new Creator Z16 (with RTX 3060 graphics) but also with the somewhat more contained MSI Creator M16.

The machine can be configured with an NVIDIA GeForce RTX 3050 or an RTX 3050 Ti, both with 4 GB of video memory and which will take advantage of that 2,560 x 1,600-pixel resolution display, although the refresh rate here does not go above 60 Hz.

It is therefore a balanced and more affordable product that will be available this May, although prices have not been detailed. 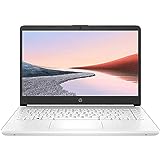 How to Edit Audio Without Installing Anything and for Free