The new colorful iMac has arrived. It does so by taking advantage of Apple’s M1 chip, but above all, it surprises with a design that makes a radical leap from the previous model and stands out for its slimness and cheerful tones.

Apple’s new desktop computers boast a 24″ screen with 4.5K resolution that integrates important improvements such as its webcam (1080p at last) and its sound system. There are also important innovations in the new Magic Keyboard, which for the first time integrates the Touch ID sensor.

Technical specifications of the new iMacs (2021) with the M1 chip

The new 24-inch iMacs certainly stand out for their design, but their spec sheet is also remarkable.

The clear highlight is the M1 chip, which appears in the two versions we saw in the MacBook Air and the 13-inch MacBook Pro. The difference is in the GPU, which in the basic model has 7 cores and in the two more expensive models has 8 cores.

There are also different configurations in terms of connectivity: the base model has two USB-C ports with a TB4 interface, while the two top models add two more USB-C ports (USB 3, but without specifying version) and the Gigabit Ethernet port which, beware, is not on the back of the display, but of the power adapter.

The traditional minimalism of the iMac gives way to color. It is almost a tribute to those first iMacs that changed the course of the company almost 25 years ago, and it is certainly a remarkable change of direction.

Color dominates everything in this external design, which is surprising both for its cheerful tones (seven different shades) and for its new screen format, much thinner and benefiting from the powerful M1 chip on which the device is based.

This chip makes it possible to reduce the motherboard to a minimum, but this also has an impact on cooling, which is now solved with two small fans that still manage to keep all the components cool and with a noise level of only 10 dB.

The screen is only 11.5 mm thick – most cell phones on the market are around 7 or 8 mm – and according to Apple the result of this new design is 50% less volume than previous models. On these screens, we also find curious support to adjust the inclination of the 24″ screen,

A solvent iMac and very prepared for video conferencing

The screen of these models has a diagonal of 24 inches, but this new design makes the final size of these iMacs only slightly larger than the previous 21.5-inch iMacs. The panel resolution is “4.5K”, which is a fantastic resolution of 4,480 x 2,520 pixels, although it falls short of the 5K displays of previous models.

Apple has paid special attention to a key element of our use of these devices: their videoconferencing capabilities. The new iMacs leap (finally) to a Facetime HD webcam with 1080p resolution, which has a larger sensor and is capable of performing well even in low light conditions thanks to the M1 chip and video processing.

In this area, they have also worked in the sound section with a new system that has six speakers that provide support for spatial audio with Dolby Atmos. In that audio system, we also find two woofers and a tweeter on each side.

READ:  5 Tips To Prevent Your Laptop From Overheating

Inside we find the same M1 chip that Apple already used in the MacBook Air, MacBook Pro 13-inch, and Mac mini that was presented at the end of 2020. With it, Apple claims, the iMac is up to 2 times faster than other older iMacs and 50% faster than the most powerful 21.5″ iMac they had so far.

As with those machines, the iMac (2021) based on the M1 chips will be able to run both native Big Sur apps and iOS apps. No touchscreen, which will again be a clear limitation to be able to take full advantage of such applications and games.

The new iMacs feature up to four USB-C ports, two of which have Thunderbolt interfaces. The new power cable, according to Apple, is easier to connect and has a design as colorful as the rest of the equipment, to which they have certainly wanted to give a much more cheerful personality.

There is in this section a curiosity: the power adapter is still necessary, but in that adapter, we find not only with the cables that power the equipment, but with an Ethernet connector, something reminiscent of the optional adapter for the Chromecast with Google TV.

The novelties continue with the design of the Magic Keyboard keyboards, which arrive in three different variants. One of them is particularly noteworthy because it features a surprising new feature: a Touch ID sensor on the top right.

It is particularly noteworthy that this sensor works on a wireless keyboard and communicates with the Secure Enclave of the M1 chip via an end-to-end encrypted channel. Also, this sensor allows different fingerprints to be recognized and multiple users to log in and switch from one fingerprint to another just by using their fingerprint.

The design of the keyboards has special access to Spotlight, dictation, and “Do not disturb” mode, and even has a special key to use emojis quickly.

Accompanying the keyboards are also the Magic Mouse and Magic Trackpad, which without such drastic changes in its exterior design have been infected by the color of the new iMac and have small contours that do reflect the color of the equipment with which theoretically we pair them.

Price and availability of iMacs (2021) with the M1 chip

The new 24-inch iMacs are available for pre-order from April 30 and will arrive in stores in the second half of May.

There will be for the moment three different models that differ in the type of chip (as in the MacBook Air and MacBook Pro, there is an M1 with 7-core GPU and M1 with 8-core GPU), but also curiously in their connectivity options, storage, and peripherals. 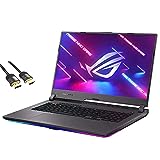 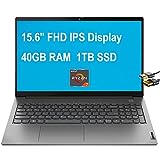 Galaxy A32 vs Galaxy A32 5G: Learn What Changes Between The Samsung Phones